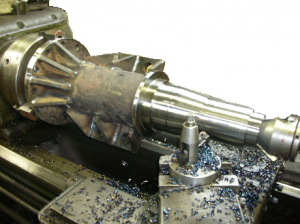 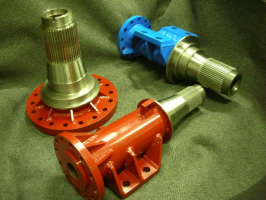 Stormo Sustainables is a family owned company located in Moscow Idaho.  We recently acquired this portion of K&M Industries who have been making this product line for over 20 years.  We fulfilled five months worth of back-ordered axle tubes under the supervision of the previous machinist, Keith Lunders.  We are in the process of building up inventory to allow immediate shipment after an order is placed.

We manufacture aftermarket replacement axle tubes/spindles for Versatile tractors.  The original Versatile tractor design was made to be simple with many parts borrowed from heavy duty trucks to ensure availability, they were also the first 4WD tractors made.  This design has been bought out by several tractor manufacturers over the years, including Ford, New Holland, and Buhler, who is now owned by Rostelmash out of Russia who returned the Versatile name back to the tractor in 2007.

2 comments on “About Stormo Sustainables”